Menu
Log in
Register
Install the app
You are using an out of date browser. It may not display this or other websites correctly.
You should upgrade or use an alternative browser.

A fully features points/credits system allowing your members to earn or buy points. 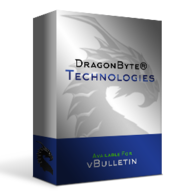 Uses
The typical points hack installs a standard column to your user table. You are stuck with it, but if you are lucky you can make it switch entirely to a different one.

While vBC2D installs a standard currency, you are free to remove it, and quickly integrate many third party currencies without any technical knowledge. The whole thing is made to be working with multiple currencies especially when they need to work together and the third parties didn't put in a way for that.

The typical points hack installs a couple actions with hardly any way to disable, modify, or add on to them. How they work is different every time.

vBC2D is built around a modular display and action system so actions come in standard formats with standard attributes. They are easy to break off or install more without bothering the main hack for updates. The standardization allows for global features to be available without the need for repeated coding, as well as exposing an API for third parties - all encouraging widespread support. It also means that no matter who made your third party actionset, the settings will automatically be consistent and support all features.

vBC2D records every single transaction and comes with many powerful anti fraud techniques to prevent abuse and limit their effectiveness. Not only are there several ways to qualify user actions, but also ways of obfuscating the system so it is difficult for users to come up with ways to game the system.

The typical points hack is only for earning.

vBC2D supports charging as well as earning for all actions, making the need for a companion shop optional.

The typical points hack is a cryptic mess of settings and math.

vBC2D has been organized in a linear fashion where all related items are in exactly one place. All options are fully explained and you are only ever shown what is relevant. Even advanced and uncommon settings will not be in your way - unless you specifically want to use them. The system holds your hand and it is easy to see exactly what your settings have done and quickly revert them if needed.

The typical points hack gets bloated once you've set up many options.

vBC2D was written in a way to be scalable yet maintain all of its features. A careful watch over database and code was kept to ensure the least amount of impact at all times. So far three big boards have used vBC2D for several months and reported no change in their performance.

The typical points hack is just the same old thing every few months.

vBCredits 1 was the typical points hack, and I had three years of customer support and requests to know what works and what didn't, and what everyone had wished points hacks would do but it just wasn't happening. Finally, vBC2D was written from the ground up and every single request was included in a unified, ultimate package.