Menu
Log in
Register
Install the app
You are using an out of date browser. It may not display this or other websites correctly.
You should upgrade or use an alternative browser.

Customer
I remember on vBulletin and Invision Power Board there used to be RPG/level mods/add-ons that were pretty cool. Everything you did would add to an experience bar. You had stats that were tied to your level, and when you leveled up you became stronger. There were also items you could purchase to increase stats and abilities. On top of all of that, you could chose to battle another member. If they accepted the battle it would go to a page that would show you all of the actions taken. User 1 would attack and do X amount of damage. They could hit for just a glancing blow, a critical hit, or miss entirely. Then User 2 would attack and the same thing would occur. So the page would end up looking something like this:

I can't remember the specifics of how the battle system worked because it was so long ago, but I always thought that was such a cool feature.

I feel like this would be a pretty neat feature to bring to Xenforo 2, and it could even be integrated with DB-Shop and DB-Credits so that customers can purchase items (such as various weapons, armor, boots, jewelry, helmets/hats, etcetera) that would affect their stats/abilities when they dueled/battled. The experience bar, character stats, and items could go in the postbit. You could put the dual option in the postbit, or as an option next to the Reply/Quote buttons on each post, or on each user's profile page.

I know that it would be a lot of work, but I would gladly pay for an add-on that would do this. And since you already have the Shop and Credits add-ons you've already got a good chunk of this add-on implemented.

Staff member
Owner
Developer
It's extremely unlikely such an add-on would be developed, as the web is not the same as it was 10+ years ago when such RPG add-ons were popular. Back in those days, Flash was used for simple animation or video playback only, and HTML5 was not even conceived.

Now, you can play nearly AAA-quality games from your browser with highly advanced graphics, purely in HTML5. This means the market for forum add-ons that let you play a classic RPG Inferno / Forumon RPG type system is slim to none.

The Forumon RPG mod took three months to develop, and no code would be re-usable for XF2. Assuming the same development time, and the full $75/hr cost (due to the fact that it would be virtually impossible to sell any copies of this product), a very rough estimate would be $27,000. This would be likely to increase depending on the feature set.

Customer
Just to be clear, I checked out that Forumon RPG mod you were referring to, and that is far more advanced (it looks like) than with anything I was suggesting. 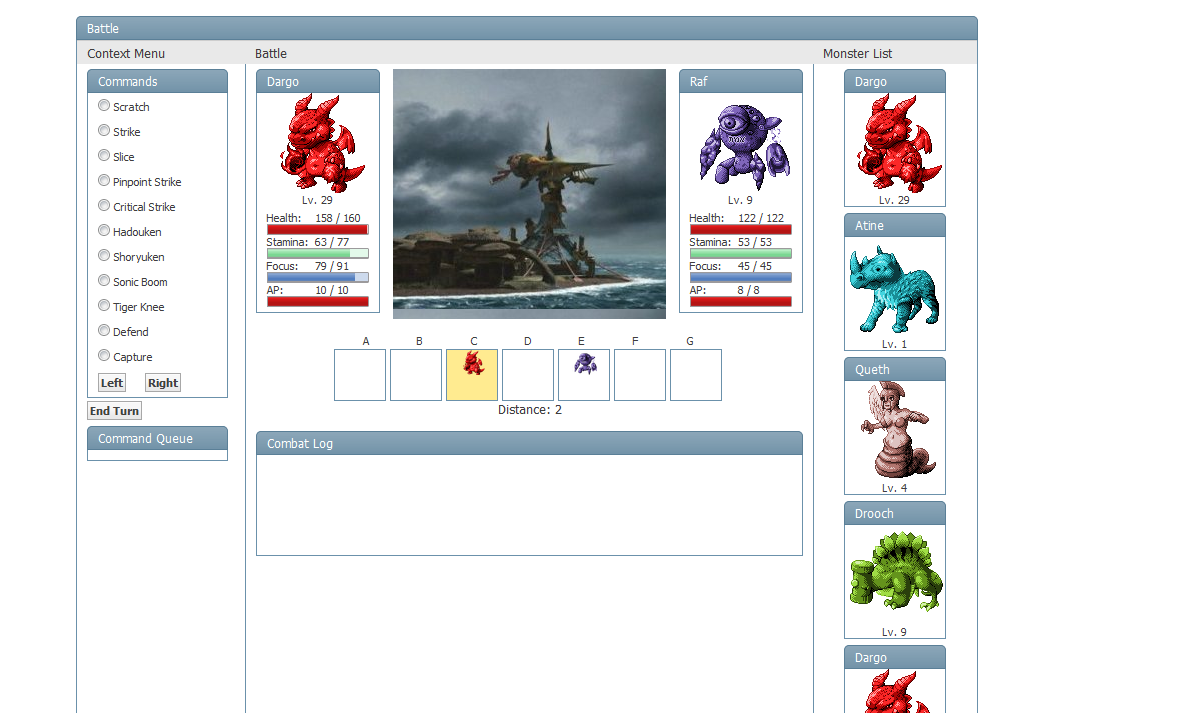 In that picture it looks like you're able to decide what commands you use. The system I'm referring to would solely be using the combat log, and all actions in the duel/battle with another user would be automated. Also, while the visuals are nice, I was thinking it would be completely text-based instead of using graphics. I don't know if something like that would have any substantial decrease in the cost to make it, but I just wanted to let you know that the Forumon mod seems to be above and beyond what I was requesting.

Staff member
Owner
Developer
Even so, I would strongly doubt the cost would go below $10,000. It's a project that has practically no value to DBTech outside of the actual payment we would get for developing it, so the price would need to eclipse the value of any other development.

Customer
That makes complete sense. If I had $20,000 with nothing to do with it I'd fund this myself, lol. Thanks for getting back with me, though.
E

Customer
Apologies for digging this up but Im actually hoping you could consider this. Maybe you could create a poll on XF site and see if people are interested. And if no one is looking into this battle rpg addon then its actually a good thing for a developer. He could monopolize it. There's no competition. All those looking for this kind of addon will be buying yours 100% because there's no other option.

This is nothing like the Arcade with flashes and html5s. It doesn't need to be flash-y. You could use still images to show the 'characters', 'arenas', 'battles', etc. and the mechanics is simply like throwing a dice, or a lottery, or a steal.

Actually it's a lot similar to DBShop's steal feature. You click steal (battle), and the result shows if you're successful (hit) or not (miss). You buy steal chance (level up pts), steal more (power ups) and steal penalty (shield or defense). Sure there are AAA browser games out there but forum members dont want that. They want something they could brag in the forums, or spend time with while in the forums, or play with the forum members whom they interact everyday, and most importantly something they could use their DB credits to, no matter how classic or simple the game is.
Last edited: May 21, 2022
You must log in or register to reply here.